The other day we heard an interesting story from a bloke, that says a lot about doing your research and making sure you get what you pay for.

This guy has a waterfront property that got flooded; a water main burst and he had to get all the furniture out so they could fix up the carpets and floorboards etc. He and his wife were going to be away in Greece while this went on, so he rang around and got four quotes for removals: two major companies and two minor ones.

In the end, he settled for the big brand – he thought. It had a fancy name similar to a large retailer, and he assumed they were connected and therefore reputable. The quote was reasonable given the job needed to be done urgently.

So the removalists rocked up, and they only had 40 cartons. He said, “Hang on, this is no good. You’re supposed to pack everything up, take photos of where it all was and unpack it in the exact same spots when you come back. How will you know where things go?”

They told him the boss promised stuff like that all the time, that there was nothing on their paperwork about it and – best of all – that they were just packers and probably wouldn’t even be the guys who brought the stuff back. Our bloke tells them to hang on, since it wasn’t the service he was sold, and calls the company. Turns out the sales rep he spoke to is the owner – and this is where he learnt they had no connection to the large retailer…and had even been sued by them!

Sure enough, the removalists ran out of cartons around 1.30pm, and couldn’t complete the job. They returned the next day and away they went. Fast-forward a bit, and the bill comes in at more than $7000…nothing near the $4400 quote on the “Full Price Assessment” he had received. The owner justified the extra expense by saying the boys needed extra boxes and a second day, and claimed the customer hadn’t shown him the contents of his cupboards. 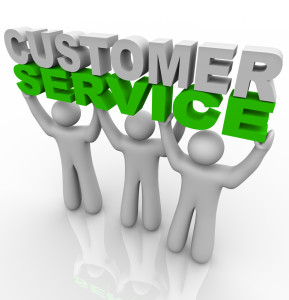 Now, this guy telling us the story had recently received a redundancy from his previous job. So he researched a heaps of removals companies in his area, looking up their online reviews and so on, and decided he liked one. He walked into their main office, spoke to the owner and walked out the majority owner!

So this isn’t a case of, “I liked it so much I bought the company” – it’s more like, “I was so upset by the difference between what I was told and what I received that I bought a competitor.” Now he’s dedicated to giving people the good service and good experience he missed out on.

The moral of the story is: treat your customers well…or they might become your rival!